Pursuant to the Offering, the Company issued 61,112,000 Subscription Receipts at a price of $0.18 per Subscription Receipt for aggregate gross proceeds of $11,000,160.  The gross proceeds from the sale of the Subscription Receipts less a portion of the Underwriters’ cash commission (the “Escrowed Proceeds”) have been deposited with Computershare Trust Company of Canada, in its capacity as escrow agent, pending satisfaction of all escrow release conditions, which include the satisfaction or waiver of all conditions precedent to completing the Transaction (the “Release Conditions”).  The Offering remains subject to final approval of the TSX Venture Exchange.

Each Subscription Receipt will entitle the holder thereof to receive, for no additional consideration and without further action, one common share of the Company (a “Common Share”) (prior to completing the Consolidation (defined below)) upon satisfaction of the Release Conditions. If (i) the Release Conditions are not satisfied on or prior to 5:00 p.m. (Vancouver Time) on February 16, 2017 (the “Release Deadline”), or (ii) the Company advises the Underwriters and the subscription receipt agent, or announces to the public by way of a news release, that it does not intend to proceed with the Transaction, holders of Subscription Receipts will be entitled to receive the gross amount of the purchase price of their Subscription Receipts.

The Company intends to use the net proceeds of the Offering for growth initiatives including future acquisitions as well as general working capital purposes.

The Underwriters are entitled to a commission equal to 6.0% of the gross proceeds, which may be partially satisfied by the issue of Subscription Receipts, and are entitled to compensation options equal to 6.0% of the number of securities issued pursuant to the Offering at the issue price. A reduced commission of 3.0% and compensation options of 3.0% will be payable to the Underwriters with respect to any securities issued and sold to persons identified on the Company’s President’s List.

As previously announced, in conjunction with the completion of the Transaction, the Company intends to change its name to WOW! Unlimited Media Inc., reconstitute its board of directors, implement a 10:1 share consolidation (the “Consolidation”), reorganize its capital structure to meet Broadcasting Act (Canada) requirements regarding Canadian control and restructure its outstanding convertible debentures.  The Company has scheduled its annual general and special meeting of shareholders (the “AGM”) for December 12, 2016, to approve, among other things, the matters associated with the Transaction.

In respect of the foregoing approvals being sought by the Company, a management information circular has been mailed to the Company’s shareholders and the holders of the convertible debentures.

Each of the directors and executive officers of the Corporation together with certain other security holders have entered into binding agreements to vote approximately sixty-three percent (63%) of the outstanding Common Shares FOR each of the matters to be approved by shareholders and to vote approximately eighty percent (80%) of the principal amount of the outstanding convertible debentures FOR the proposed amendments to the convertible debenture.

The Company has nominated six individuals to be elected to the board of directors at the AGM.  In addition to the previously announced nominees, being Michael Hirsh, Bob Ezrin, Craig Graham and Fred Seibert, the Company has also nominated Marc Bertrand and Kirstine Stewart, two individuals with broad entertainment industry experience.

Marc Bertrand– Mr. Bertrand previously served as President and CEO of MEGA Brands, a worldwide industry leader in construction toys and arts and craft brands. MEGA Brands was recognized worldwide for its organizational innovation complemented by strategic licenses with many iconic entertainment franchises, including Disney, Nickelodeon, and Marvel.  In 2014, with sales in 100 international markets and a presence in 15 countries, MEGA Brands was sold to Mattel for over $500 million.

Kirstine Stewart– Ms. Stewart joined Diply, a lifestyle and entertainment media company launched in 2013, in September 2016 as the Chief Strategy Officer.  Previously, as VP Media for Twitter North America, Ms. Stewart oversaw the social network’s media activities across the United States and Canada and its partnerships in television, sports, gaming, talent, music, fashion, news, and government.  Prior to that role, Ms. Stewart held a senior role within the Canadian television industry, serving as an Executive Vice President with the CBC.  Ms. Stewart was also a member of the 2016 NBA All-Star Game Steering Committee and an Ambassador for the 2015 Women’s World Cup.  In addition, Ms. Stewart serves as a board member for The DMZ Ryerson University and a board member for theScore Inc., listed on the TSX Venture.

Based in Vancouver, British Columbia, Rainmaker Entertainment Inc. is a multifaceted animation studio and one of Canada’s largest producers of CG animation. Rainmaker’s first feature film, Escape From Planet Earth (distributed by The Weinstein Company), opened on 3,200 screens across North America. Originally established as Mainframe Entertainment, the company produced the first-ever CG animation series, ReBoot, and over the course of its 15+ years of innovative history, Rainmaker has continued to break new ground in animation, telling engaging stories and creating compelling characters for all media. In addition to projects Rainmaker has produced with partners and clients including Mattel, The Weinstein Company, Hasbro, Lionsgate, and Sony, Rainmaker also develops proprietary projects. In Fall 2013, the company announced its plans to develop a new version of its iconic CG-animated ReBoot series and in April 2014, the company began production for HIT Entertainment of 104 10-minute episodes of the new CG-animated Bob the Builder series.

The distribution of this announcement may be restricted by law in certain jurisdictions and persons into whose possession any document or other information referred to herein come should inform themselves about and observe any such restriction. Any failure to comply with these restrictions may constitute a violation of the securities laws of any such jurisdiction. 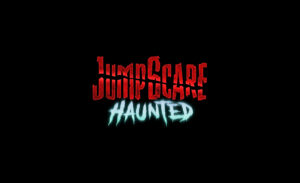 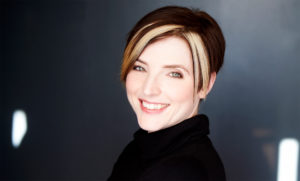 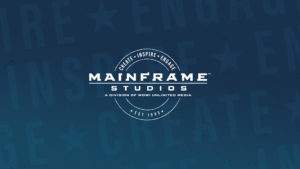 Mainframe Studios: Returning to Our Roots