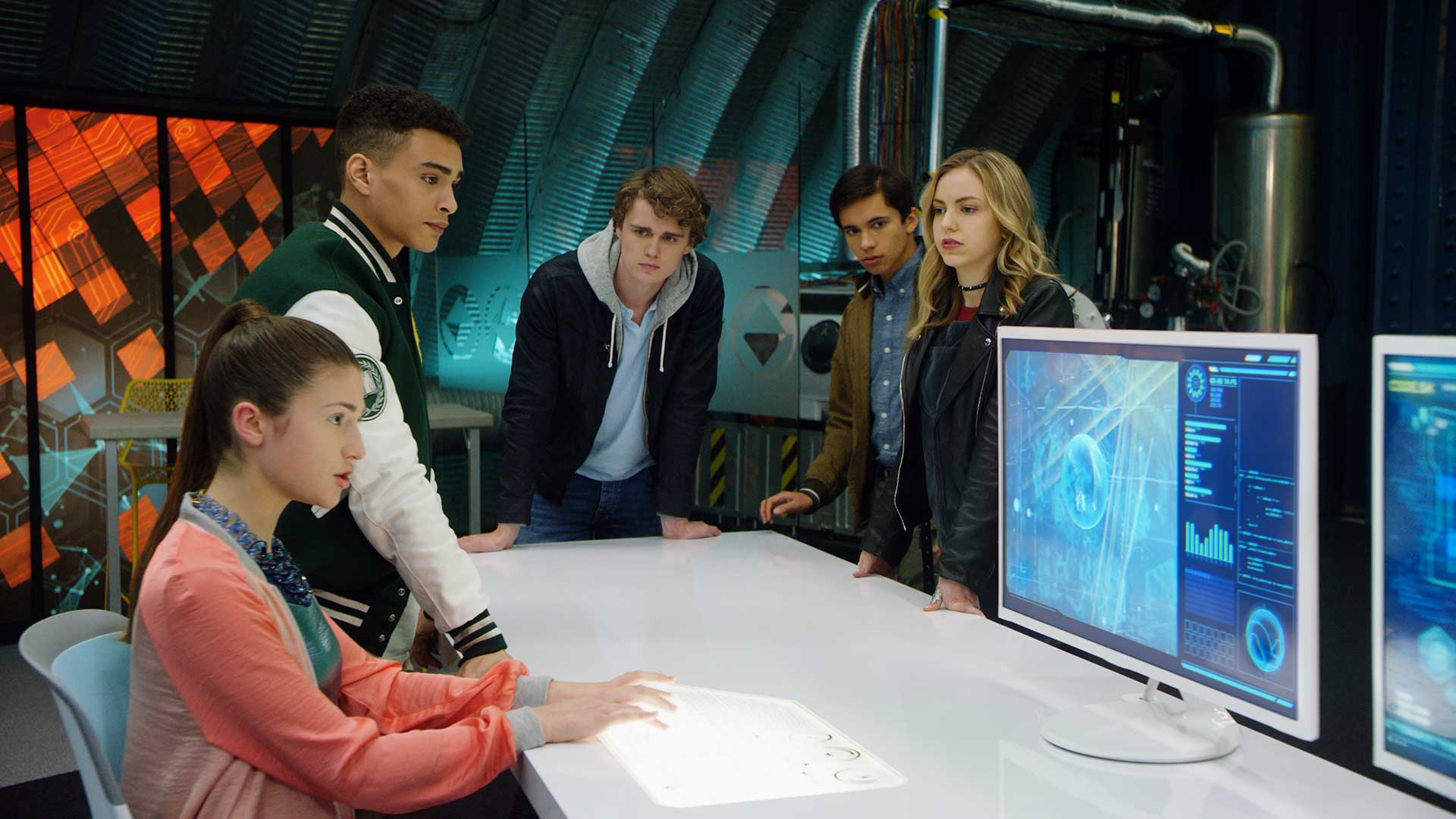 Toronto, February 21, 2018 – Corus Entertainment’s Nelvana is excited to announce that the hybrid live-action/CG animated hybrid ReBoot: The Guardian Code will premiere as a Netflix original series worldwide excluding Canada on March 30 and exclusively on YTV in Canada in June. Created by Michael Hefferon, the reimagined version of the 1994 animated classic ReBoot is the first television series to feature awe-inspiring animation built in the Unreal game engine with 4K resolution. The engaging series is distributed by Nelvana and produced by Mainframe Studios, a division of WOW! Unlimited Media. Nelvana will also represent the series for global licensing and merchandising.

“We’re proud to work with the talented team at Mainframe on the distribution of this cutting-edge new series,” said Pam Westman, Head, Nelvana Enterprises. “The contemporary storylines and state-of-the-art technologies of Reboot: The Guardian Code will create an awe-inspiring experience for a new generation of viewers all over the world.”  “The innovative approach used in creating ReBoot: The Guardian Code utilizing the Unreal game engine delivers a truly unique and engaging 360-degree experience for kids,” said creator Michael Hefferon. “We are delighted to work with Nelvana to bring the show to audiences everywhere”.

Netflix’s ReBoot: The Guardian Code is a thrilling hybrid live-action/CG-animated original series following the journey of four teenagers, Austin, Parker, Tamra, and Trey. On their first day at Alan Turing High, these unsuspecting teens discover they’ve been preselected to become the Next-Generation Guardians of Cyberspace with a mission to save the world – by defending it in cyberspace. With the help of VERA, ReBoot’s heroes digitize into cyberspace where they use their code-based powers to combat viruses unleashed by a merciless hacker. Known only as ‘Sourcerer’, this devious hacker seeks to rule the world by controlling cyberspace, and it’s up to the Guardians to stop him.

ReBoot: The Guardian Code was inspired by the original ReBoot series that premiered on Corus’ kids channel YTV in 1994 and aired until 2001.

Nelvana is Canada’s premier animation company and a world-leading producer and distributor of children’s content. Nelvana has delighted audiences around the globe for more than 40 years like Babar and Franklin. Nelvana’s content is distributed in more than 160 countries worldwide and broadcast across Corus Entertainment’s suite of leading kids networks. Nelvana Enterprises, the global licensing and merchandising arm of Nelvana, manages the organization’s portfolio of in-house and third-party brands with offices in Toronto and Paris. Nelvana Studio, with offices in Toronto and Montreal, employs more than 300 Canadian artists working with local and international producers to create premium children’s content for a global stage. For more information, visit www.nelvana.com.

Mainframe Studios produced the first-ever CG animated series ReBoot in 1994. The studio, along with the company’s feature division, Rainmaker Studios, has produced over 700 half hours of television and 60 + movies, working with global partners in helping to realize some of the biggest branded entertainment. Working with top global talent, the studio utilizes the latest technology in driving innovation to the creative content it produces for key broadcasters, home entertainment, and interactive companies from around the world. Based in Vancouver, Mainframe Studios is a division of WOW! Unlimited Media, a publicly-traded entertainment company with offices in Toronto, Vancouver, New York, and Los Angeles.